Humans’ natural eye color is determined by genetic factors and is not identifiable immediately after childbirth. Eye color comes from pigments such as melanin. This is produced by cells called melanocytes which are located in the base layer of the skin and hair follicle glands. Darker-skinned people such as Latinos or Africans produce melanin in the iris before birth to better protect children from UV light from the outset – a development resulting from evolution.

At our latitude, babies generally only begin to produce melanin in the first months following their birth. The melanocytes then push the melanin into the iris. Immediately after birth, therefore, almost all newborns have blue eyes (i.e. with little pigmentation). The production of significantly more pigment results in green eyes, and large amounts of pigment mean brown eyes. 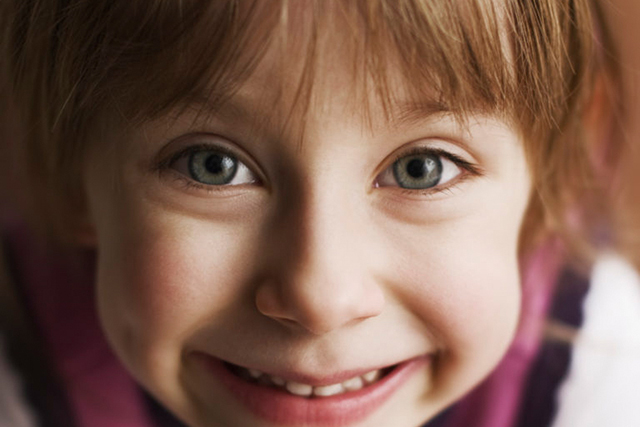 Since newborns therefore have very little pigment, they are also very susceptible to being dazzled. Children generally reach their final eye color by their first birthday. Pigment production in the eyes cannot be influenced by factors such as a special diet, as it is determined by the parents’ genes. There are two traits which can affect this, one dominant and one recessive.

Eye color can also be altered in old age by medication or illness. Changes in eye color, differently pigmented eyes, different pupil colors (e.g. dark combined with whitish grey), or different pupil sizes should be shown to an ophthalmologist. These are all indicators of diseases which can go hand in hand with extremely undesirable developments, as is certainly well-known in the case of a squint.